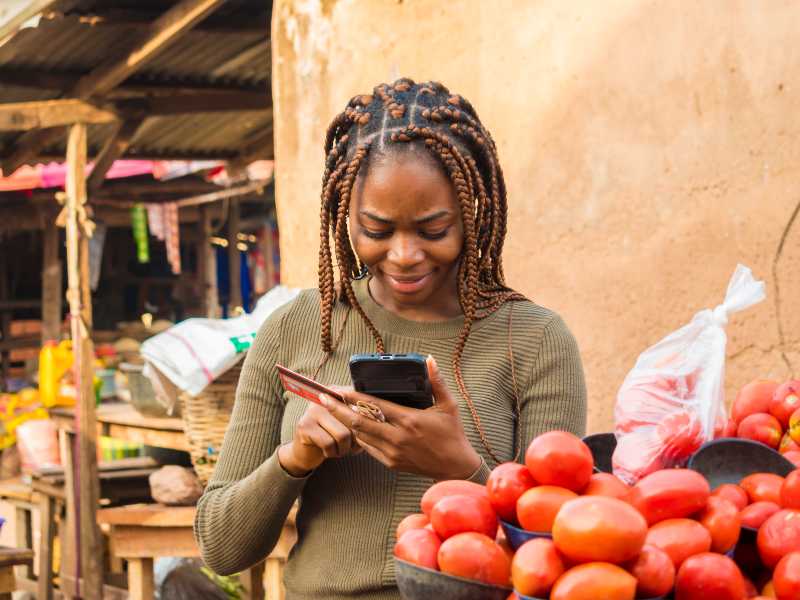 Even though the off-grid solar market in sub-Saharan Africa has received a considerable boost from it and the instrument has often proven to be effective, it is also associated with risks and side effects that have caused and continue to cause significant problems for many companies and end customers.

Based on 17 years of experience with the PAYGO model in Africa, I would like to highlight some of the risks and side effects of this business model.

Enlit Africa (the unifying brand for African Utility Week and POWERGEN Africa) invites you to join the conversation from June 7-9, 2022 in Cape Town, South Africa.

The initial target group: The poorest of the poor in remote areas

PAYGO started its career as a solution to provide affordable and clean energy to poor households in remote areas. However, installing a solar system in off-grid regions for customers who previously only used kerosene lamps or candles is a challenge in itself, as it requires a good introduction to the new technology to ensure its correct use. Otherwise, the creativity of customers in the face of solar technology will greatly increase certain service costs.

This technical “training hurdle” is joined in the PAYGO business by a much larger hurdle: most customers have never taken out a loan before, are unaware of the (legal) responsibility for the installment payment obligations they have contracted and are often quite unable to understand what burdens they are taking on and whether they can bear them.

Because in the daily life of these customers, the following problem usually determines the use of the small amount of money: the children need school fees, a parent has died, the mother needs medicine, or the roof needs to be repaired. And already the money for the down payment to a solar company, with which one is only connected by a piece of paper, is missing.

Did you read?
Is the PayGo solar model the light in the dark?

The problem is compounded when these customers encounter sales staff who are guided by sales commissions and act brashly accordingly. The conflict between the interests of the company and those of the customer is then exacerbated.

Of course, lending for the first time to people without bank accounts in remote areas provides an opportunity for these people (“banking the unbanked”) and, of course, this is an important social impact of the PAYGO model which should not be underestimated. But it is also clear that this initial loan is often too risky to be carried out within the framework of a purely commercial commitment. In this case, subsidies or subsidized loans are financial instruments more suited to the PAYGO model.

There is already a good reason why loans to non-credit qualified households always work well when there is a social responsibility associated with repayment. For example, when a (village) community is involved in the repayment process, or when a Sacco grants loans to its members.

However, commercially operated PAYGO is all about lending to individual customers without being included in a community system that provides social protection and obligation in equal measure. This creates additional difficulties and risks.

As a financial product, complex and very capital intensive

Loans to end customers are a complex financial product and, given the customers and the market situation, very risky. A dedicated credit department is needed to manage it. Its implementation requires time, money and enough specialized personnel. In this regard, some of the international PAYGO companies were rather naive at first. In the meantime, they’ve done their homework, thanks to improved software support. The credit allocation process is now so professional that even commercial investors can be persuaded to invest billions with promises of growth and returns.

However, commercial loans (instead of subsidized loans or grants) not only significantly increase the cost of capital. There is also growing pressure to achieve the high growth and sales figures promised in business plans. Because without realization of the plan, there are no new loans. Without new loans, there can be no continuation of PAYGO business because PAYGO relentlessly demands a continued inflow of investment capital.

It is the beginning of an initially imperceptible but ultimately significant turn of the PAYGO company, which previously had a strong social vocation, towards a purely commercial enterprise. This is neither good nor bad in itself, but this change certainly does not only have positive consequences for the way the company treats the customers that it initially set itself the objective of serving: the “poorest among the poor” in remote areas.

In order to meet sales expectations and achieve profitability, four main strategies can be identified in the market:

Neither of these two strategies is a universal attitude among PAYGO companies, but they highlight a fundamental conflict that is a constant concern for employees of every PAYGO company and is never definitively resolved: the balance between sales generating income in the markets on the most favorable credit terms possible and the granting of credit on serious terms only to customers whose solvency is proven. The dilemma is not always resolved to the benefit of the customer.

This change in direction is necessary from an economic point of view but is rarely communicated openly to the outside world. This is understandable since the original fascination of the PAYGO model lies in its potential social impact on poor households. And after all, this group of customers has not been completely abandoned.

Did you read?
Uganda: E-mobility on a pay-per-use model to boost the sector

This addition also makes economic sense. And, from an environmental point of view, replacing an emergency diesel generator in a household in Lagos or Nairobi is undoubtedly just as important as replacing the kerosene lamps in a household in Aigada or Oloitokitok. More surprising at first glance is a recent and widespread addition to the product portfolio. Many of the larger PAYGO companies have now become cell phone retailers.

These four strategies occur in different weights and combinations. In the end, many PAYGO companies are turning away, more or less and above all for economic reasons, from the objective that was at the center of the PAYGO concept at the outset: the supply throughout the territory even of the “poorest “. of the poor” in very remote areas thanks to solar energy.

However, it is not fair to “blame” investors for this. Instead, the PAYGO model should be seen and applied in a more differentiated way so that it can develop its social impact in addition to its economic and environmental impact.

The future of PAYGO

There is no doubt that providing loans to end users for the purchase of a solar system will continue to be a very viable tool for spreading distributed solar power and providing a clean, affordable and reliable energy supply. In urban, peri-urban and isolated areas.

The question, however, is:

Especially for poor households in remote areas, purely commercial PAYGO loans quickly achieve the opposite of what they intended. The risks, costs and uncertainties associated with serving these customers are ultimately too high from an economic point of view. Here, subsidies must cushion economic risks if the PAYGO model is to have a consistent positive effect here as well.

This need is in fact not surprising, since other forms of energy (from kerosene to diesel to grid electricity) only reach this remote clientele if access to energy is heavily subsidized and sometimes even provided for free.

However, an important difference remains with solar technology: while other forms of energy require a permanent subsidy, a one-time subsidy is sufficient for a solar supply. This is a significant difference also for the national economy of the respective country.

Note: The conclusions of this article refer exclusively to my experiences in the sub-Saharan African solar market since 2005. The conditions in Asia (especially in India or Bangladesh) are quite different and therefore not comparable.

Dr. Harald Schutzeichel implemented his first PAYGO project in sub-Saharan Africa in 2005. He has founded and managed many companies and organizations in Africa, Asia and Europe, among others, he was the founding president of GOGLA. Today, as director of the Solar Energy Foundation, he is mainly involved in promoting local solar businesses in Africa. He has been editor of Sun-Connect News since 2010.

QR codes are not intended to receive money. Know how to protect yourself against scams