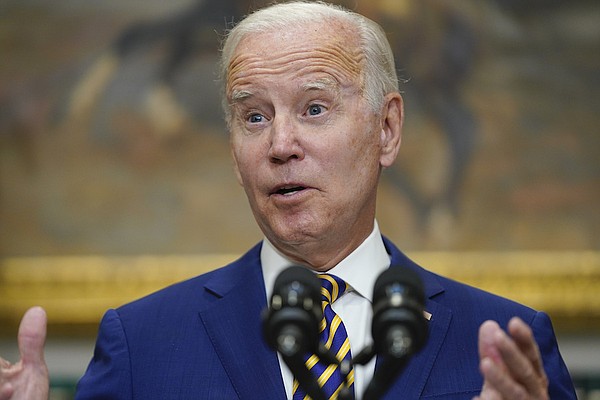 The Student Loan Mess: How We Got Here

Controversy has swirled around President Biden’s student debt cancellation plan since it was announced in August. On the one hand, it recognizes that excessive student debt hampers household formation and fulfills a central campaign promise. On the other hand, the plan is unfair to the millions of borrowers who have repaid their obligations on time and creates moral hazard as future borrowers anticipate and plan for their own debt relief.

In any event, legal challenges abound, and the president may not have the power to unilaterally overrule these bonds. But he rightly drew attention to the failing system of funding higher education in the United States. Here’s a quick rundown of how we got to this point.

As World War II drew to a close, President Roosevelt signed the Military Readjustment Act of 1944, known as the “GI Bill or Rights” or simply GI Bill, to provide benefits to returning veterans. of the war. Among the provisions was funding for up to 4 years of college or vocational training, marking the first large-scale direct federal support for higher education.

Post-war American complacency was shattered in 1957 by the Soviet launch of Sputnik. Inspired by the work of conservative economist Milton Friedman, President Eisenhower signed the National Defense Education Act of 1958 creating the first federally funded student loan program, aimed at building technical skills to counter Russians. Friedman, a strong proponent of the free market, understood the importance of public funding of education as essential to promoting a strong and functioning democracy. The act provided low-cost direct loans and funds for colleges and universities.

A major change occurred in 1965. Current budget rules treated government loans as expenses even though they would eventually be repaid. The Higher Education Act of 1965 established a parallel program known as the Federal Family Education Loan (FFEL), under which loans were issued by private banks with a federal government guarantee against losses.

While FFEL’s guaranteed loan program proved popular, many banks were reluctant to participate. In response, Congress created a quasi-governmental entity in 1972 called the Student Loan Marketing Association (SLMA) which quickly acquired the nickname “Sallie Mae”. Sallie Mae provided liquidity to the loan market by buying back existing loans to provide new liquidity for additional lending by banks. This event marked one of the milestones in the evolution of the current swamp.

In 1996, Congress privatized Sallie Mae and effectively granted the entity the right to print money, as it could borrow at government rates but lend at market rates with implicit US backing. The venture proved hugely profitable for shareholders (and executives) as well as colleges at the expense of student borrowers, while precipitating an upward spiral in intuition and debt ratios.

In addition to subsidizing for-profit businesses in the lending industry, Congress also enacted a series of laws between 1976 and 1990 that effectively made it impossible to write off student loan debt in bankruptcy like any other contractual obligation. This turned out to be a serious political mistake and exacerbated the crisis.

The 1980 reauthorization of the Higher Education Act created the PLUS program of loans to parents as well as graduate students. This too was a milestone as nearly half of all outstanding student loan debt today was incurred to cover higher education.

In 1992, Congress authorized “unsubsidized” loans to all students, regardless of financial status, and the following year created a new Federal Direct Lending Program, issuing loans directly from the U.S. Treasury and bypassing Sallie Mae. The 1993 law reintroduced the idea of ​​direct government support for higher education, but a 1997 law prohibited the Ministry of Education from promoting the program through strong lobbying efforts and it did not met with only modest acceptance. The 1993 law also introduced the first income-based reimbursement plan, several versions of which exist today.

In response to the 2008 financial crisis and in the face of growing reports of deception and mismanagement among some private lenders, President Obama ended the FFEL Guaranteed Loan Program in 2010, since then all federal student loans have been initiated and financed directly by the Treasury. In response to intense political pressure from private lenders, a compromise allowed these companies to continue to service existing and newly issued loans, collect payments and negotiate repayment plans. Today, private lenders play a smaller role in private lending, but serve as the borrower’s contact for nearly all federal loan agreements. Outsourcing loan servicing was another major step in the debt crisis that has yet to be fully resolved.

The servicing industry has been inundated with consumer complaints and legal settlements. Navient Corporation, a 2014 Sallie Mae spinoff, reached a $1.8 billion settlement with 39 states over deceptive practices, and other claims are pending against other companies. Loan servicing companies charge a fixed fee per loan and have an inherent conflict of interest when a borrower wishes to request forbearance or establish an income-based repayment plan.

Federal student debt has doubled over the past decade to $1.6 trillion. Meanwhile, according to the New York Fed, every $1 increase in the federal borrowing limit results in a 60-cent hike in tuition. The system is broken and while the president’s plan isn’t a solution, it does at least elevate the conversation. Next week: thinking about solutions.

Christopher A. Hopkins is a Chartered Financial Analyst at Apogee Wealth Advisors.