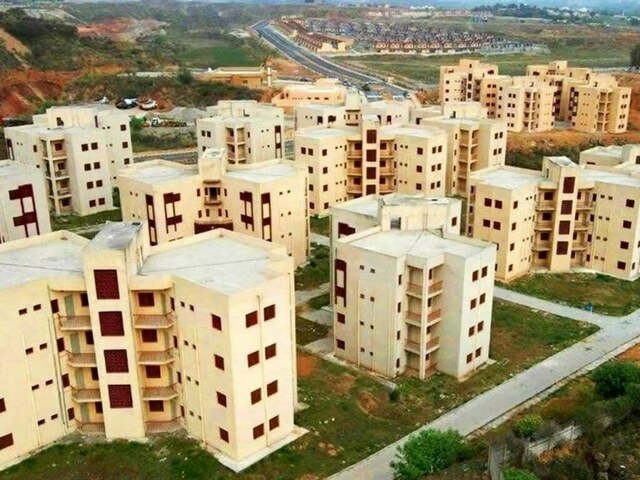 During a meeting with Faisalabad Chamber of Commerce and Industry (FCCI) Chairman, Atif Munir Sheikh, he said that SBP was making serious efforts to translate Prime Minister Imran Khan’s vision of providing homes for homeless people. “In this regard, a huge amount has been allocated for subsidized loans which would be disbursed through commercial banks,” he said and added that as this loan was permitted with a minimum mark-up of 3 to 5 %, commercial banks are therefore less interested in this scheme.

He said that the genuine reserves of commercial banks as well as applicants have been corrected and people earning salaries above Rs 25,000 and falling under the age limit below 55 years are eligible for this loan and their applications would be processed by the banks concerned. at their place of work. “Commercial bank teams will physically visit industrial and commercial units to further confirm whether the applicant or spouse has a home,” he said and added that plot owners would be exempted as they need finance to building houses.

He further stated that the HR section of the concerned organization will confirm the applicant’s background while the bank team will process it besides getting two photographs of the applicant.

Muhammad Akbar said SBP teams will also monitor this process to ensure prompt processing of loan applications with the help of relevant chambers.

Atif Munir Sheikh, Chairman of the FCCI, said the government has launched a number of programs to facilitate low-income groups, including “Mera Pakistan MeraGhar”, “Kamyab Jawan” and “Assan Karobar”, etc.

He said that SBP must lift genuine reservations from serious applicants. He proposed that the government direct commercial banks, through the SBP, to allocate 70% of their total loan portfolio to the corporate sector, while the rest of the finance should be reserved exclusively for such programs, including SMEs and women entrepreneurs. The FCCI President assured his full cooperation to make these programs a complete success and said that he would request the FCCI Secretariat to disseminate the details of the “Mera Pakistan MeraGhar” program among all members for the benefit of their workers. fulfilling the required conditions.

He also invited the Governor and MD SBP to visit the FCCI so that other issues relating to commercial banks could also be discussed there.

Is the interest rate the only thing that matters when applying for a personal loan?