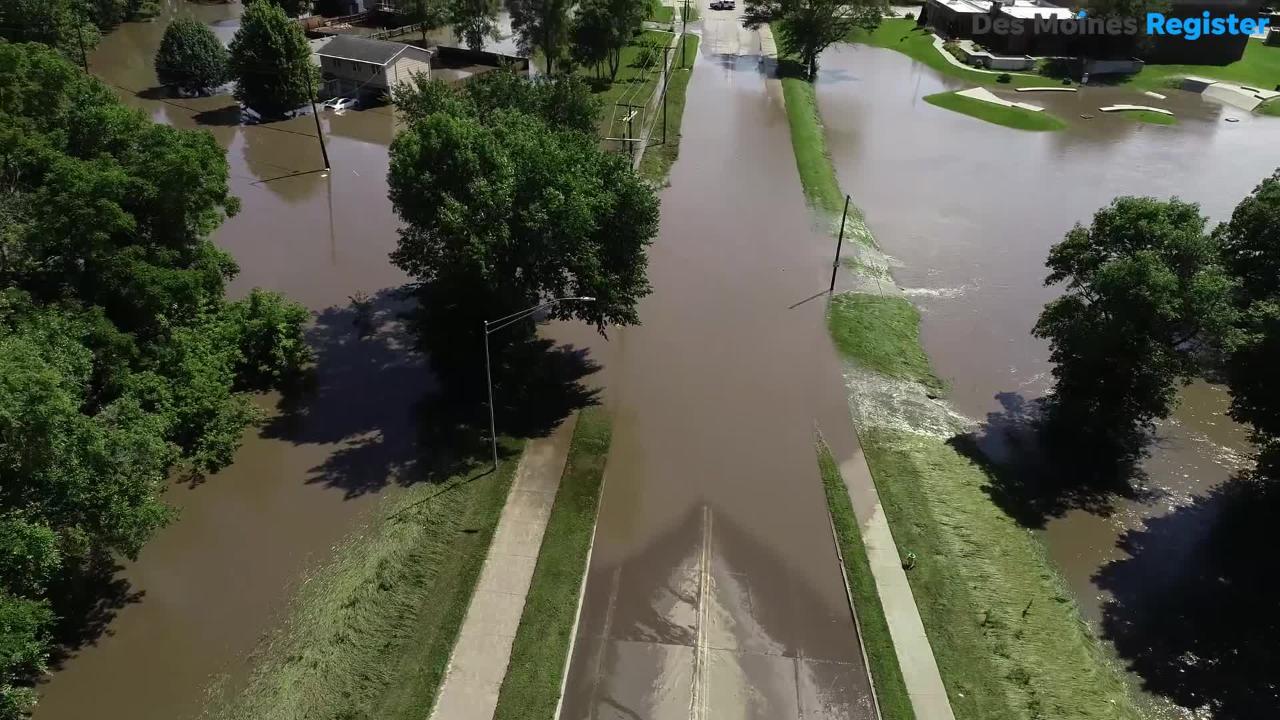 Residents of the Fourmile Creek area of â€‹â€‹Des Moines pleaded with Des Moines City Council to let them keep their homes Monday night as the council voted to allow the city to make property acquisitions in their neighborhood.

The 7-0 vote was part of a theme at Monday’s meeting, which also saw the council approve numerous resolutions, ordinances relating to odor studies and the first reading of an animal feeding ordinance wild. But residents showed the most distaste for the city’s vote to acquire land along Fourmile Creek.

The Creek Watershed Master Plan, adopted by council in 2017, is part of a six-agency plan between Polk County and the towns of Des Moines and Pleasant Hill that will transform the floodplain into a natural greenway.

The plan approved on Monday is very different from what was proposed just over two years ago, when the city offered residents of the Fourmile Creek neighborhood voluntary buyouts.

The acquisition approved Monday allows the city to proceed with the taking of land and property in the floodplain through “gift, negotiation or eminent domain”.

According to city documents, 27 landowners from 47 tax plots will be affected.

One of the properties, which is home to Denny’s Tree Service, has been owned and operated by the Young family for 100 years, and the family say they have no plans to move now.

“The log yard has been there forever – my grandmother and grandfather raised everyone there,” Billy Young, one of the company’s operators, told advisers Monday night. “It’s a family business. In the ’70s we had to turn it into a commercial (land) and then you wanted to retire itâ€¦ and I don’t think it’s fair that you make all these people move.”

Catherine Manhart told council she had lived in the neighborhood since she was 20, losing her first home to a flood. Now in her new home in the same neighborhood, she says she loves her garden and doesn’t want to leave it.

â€œI have owls nesting in my trees. I have deer coming in and out of my yard. It’s so picturesque, so serene,â€ Manhart said through tears. “I love her so much, it will be so difficult for me if I have to move.”

The board approved the 7-0 acquisition without delay to see when the properties could be notified they will have to relocate if they do not agree to a buyout, but an estimate in board documents indicates the process could take 2 at 5.

If approved at the Oct. 18 board meeting, the ministry would receive $ 2.3 million to purchase body cameras and Tasers.

According to city documents, the department is asking city council for a loan of $ 1.7 million to purchase new body cameras to replace those it says have “reached the end of assisted living.”

Following:Iowa Police body camera video is sometimes revealing – if the public is allowed to see it

The new V300 body cameras will have a 10-hour battery life and will be compatible with the department’s current on-board video system, which will provide officers with synchronized video from multiple vantage points, according to city documents.

The ministry also requested a supplement,separate loan of $ 534,000 to purchase new stun guns for the entire department. According to city documents, the devices will provide a “greater deterrent to aid in de-escalation strategies.”

The loan would be repaid over five years from the ministry’s operating budget.

An earlier version of this article distorted city plans for new equipment for the Des Moines Police Department. Monday’s vote only scheduled an Oct. 18 hearing on the issue.

The city is looking for help with its odor problems.

Council members voted to allocate $ 83,000 to hire a consulting firm Monday night, which would identify and eliminate strange smells within city limits.

RK and Associates, an Illinois-based environmental services agency, will conduct a study based on complaints filed with the city over the past two years.

The agency will map complaints within city limits to identify their potential sources, then develop an “odor monitoring plan” to determine which odors need to be addressed.

City Councilor Joe Gatto spoke out in favor of the plan, saying it was badly needed.

“It’s been a long time coming,” Gatto said Monday night. “Some mornings it’s very hard to breathe – I can’t even describe the smell we smell – and so hopefully this study will determine where it is and hopefully we can fix it.”

It will soon be illegal to feed waterfowl and deer in Des Moines under a proposal that was approved Monday evening, pending final review at a future meeting.

Originally, the initiative primarily targeted deer and waterfowl, but also included squirrels, feral cats, raccoons, foxes and coyotes. The council amended the original proposal to include only deer and waterfowl.

Those who defy the new rule could face a fine or a misdemeanor.

In addition to preventing the spread of disease, the proposal says the new ordinance will protect animal welfare, saying studies show that feeding wild animals can interrupt their normal migration patterns.

Residents will still be allowed to feed songbirds and other backyard birds, provided the feeder is placed so that it is not eaten by other wildlife.

Ben Page, the director of the city’s parks and recreation department, told the Des Moines Register that geese tend to be a problem in areas near streams, like the river promenade and around the Gray Lake.

â€œThey can be mean and leave a mess behindâ€¦ we don’t track the financial impact of that, but it needs to be cleaned up,â€ Page said. “You don’t want someone slipping on the goose poo.”

Following:DNR: Iowa’s pheasant season could be second best in 12 years

The ordinance also opens up the possibility of hunting geese within the city limits.

The Iowa Department of Natural Resources requires cities to take three steps before allowing hunting: create an ordinance that prohibits feeding geese, create buffer strips of tall plants along waterways to discourage the geese to congregate and then harass the geese with loud noises or dogs so they are discouraged from staying in an area.

Page said the department plans to present plans to the board on the remaining steps by the end of the year.

An earlier version of this article distorted the approved wildlife feeding ordinance. The new rule will only ban the feeding of deer and waterfowl.

Melody Mercado covers the City of Des Moines government for the registry. Contact her at [email protected] or Twitter @melodymercadotv.