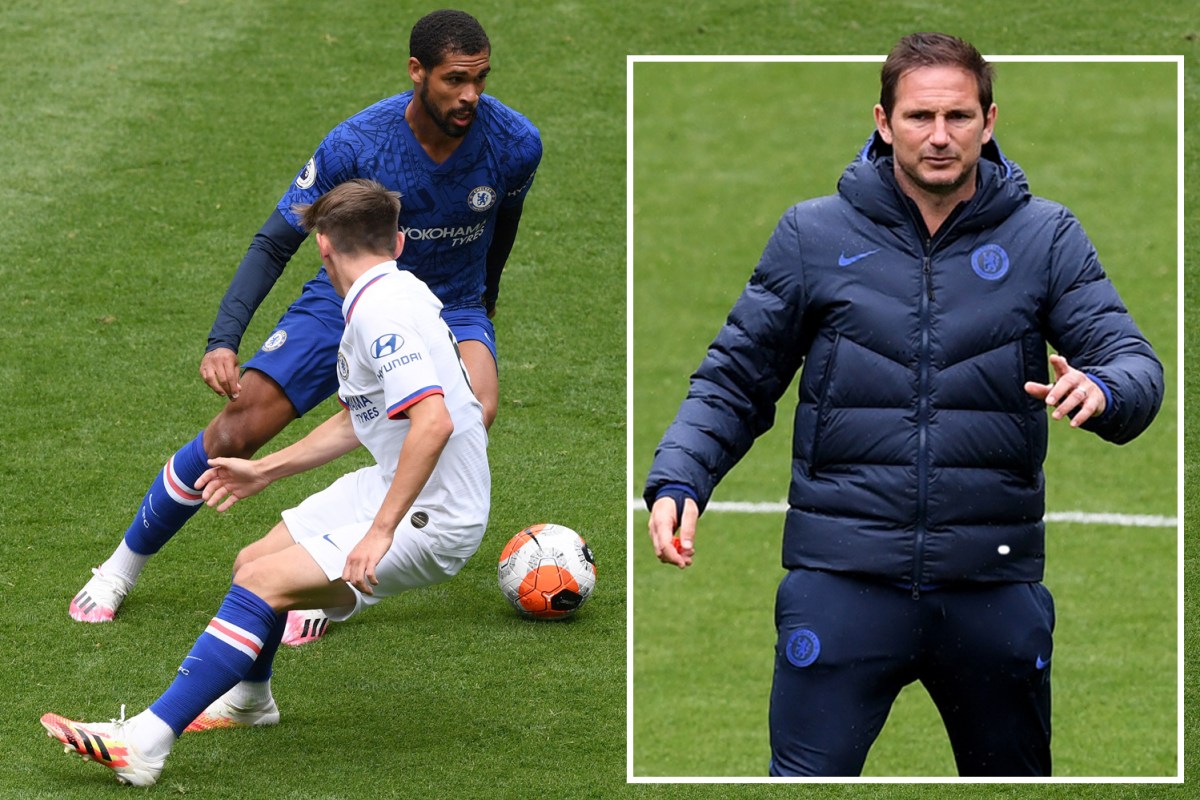 CHELSEA boss Frank Lampard saw his side come back in action at Stamford Bridge for the first time since March.

The Blues boss pitted his players against each other in an intra-squad game ahead of their return to the Premier League.

Lampard and his coaching staff whistled and officiated the game as his players tried to get rid of the ring rust before heading to Aston Villa on June 21.

It’s unclear exactly how the teams were divided, but Blues stars who had been sidelined before the lockdown have also been exhausted.

Ruben Loftus-Cheek, who hasn’t played alongside other first-team players since last May after a horrific Achilles heel injury, burned out and even managed to score a goal for the blue team.

The 24-year-old England midfielder returned to training in February and made reserve matches with the development team.

Christian Pulisic was on the opposite side, with young players also in the numbers.

Pedro and Willian – two players whose futures are yet to be determined – also played.

German superstar Timo Werner, who is officially set to join the Blues next week, secured an assist on Saturday afternoon as RB Leipzig drew 1-1 with Paderborn.

And Chelsea legend Frank Leboeuf, who won four major trophies at Stamford Bridge, is thrilled with the signing.

“We’ve seen it for the past two years and it’s a very good catch for Chelsea as they almost signed for Bayern Munich last year.

“We talked about Liverpool a few months ago and now they will happily go to Chelsea and I am very happy for that.

“He’s going to give versatility in the attack on the front row as a forward.

“Tammy Abraham is more of someone who is going to hold the ball, but when Werner goes to play he is also going to give something else to the midfielders and the defense.

“I want to see it with [Hakim] Ziyech on the right side, maybe Pulisic on the left side.