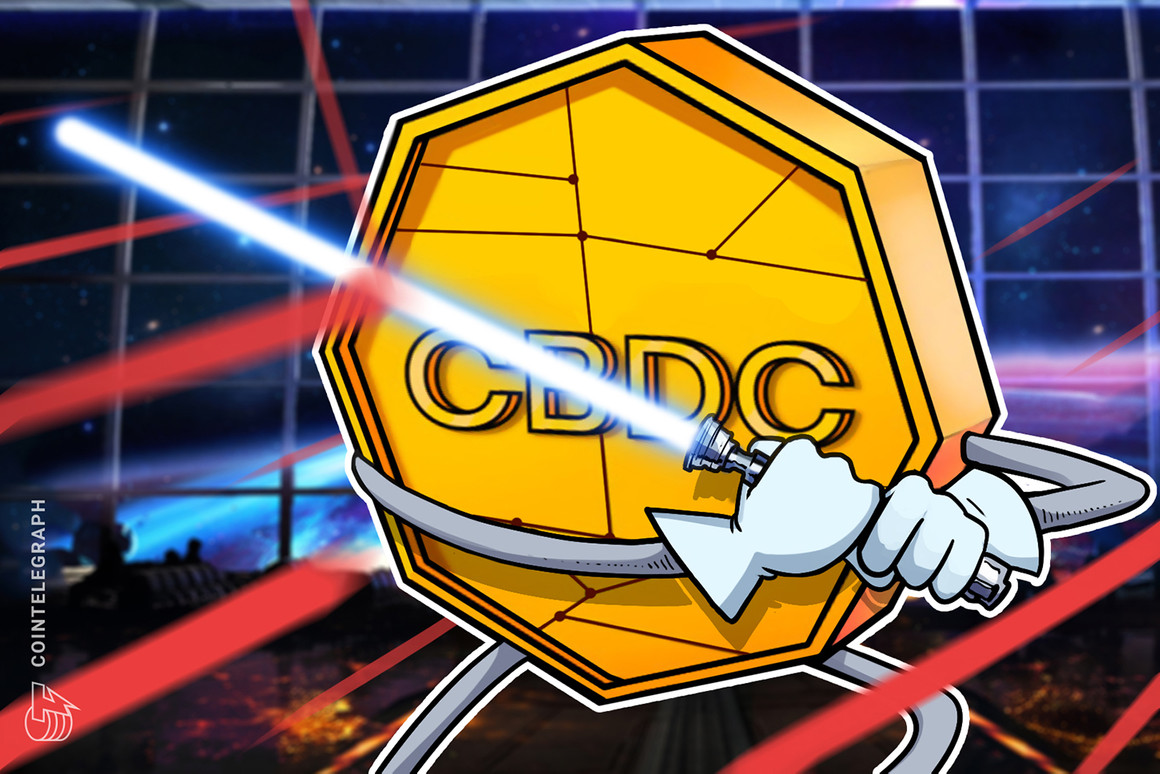 CBDCs are a declaration of war on the banking system, Richard Werner – a development economist and professor at De Montfort University – told Cointelegraph at Web Summit on November 4.

Known for his theory of quantitative easing, published almost 30 years ago, Werner is an advocate of a decentralized economy. In an exclusive interview with Cointelegraph Editor-in-Chief Kristina Lucrezia Cornèr, he discussed the challenges surrounding decentralization, the role of central banks, and how blockchain can help promote transparency in economies.

This interview was part of Cointelegraph’s extensive coverage at the Web Summit in Lisbon, one of the world’s leading technology conferences.

Cointelegraph: Do you think a decentralized financial system is actually possible?

Richard Werner: Yes, because of course we have a lot of centralization forces by the central actors. They love it, and they want more centralization, but it’s very dangerous and very bad. The extreme case is the Soviet Union, through key periods, which was a very centralized monetary system with only one central bank, and it was not a good system. But that’s what central planners in other countries like the ECB [European Central Bank]that’s what they want.

The ECB says there are too many banks in Europe. Why is that? And who are they to say that? Well, they wish it was just them. They don’t want competition. They want to go back to the central bank, the only central bank. So that’s where issuing CBDCs comes in because through CBDCs central planners think it’s a declaration of war on the banking system. The CBDC is literally the central bank that says we are going to open current accounts, ordinary banking services for the ordinary public at the central bank. In other words, the banking regulator suddenly says we’re going to compete with the banks now because the banks don’t stand a chance. You cannot compete with the regulator.

CT: And is decentralization possible in this scenario?

RW: Yes, it is, but only if we create many local community banks, real full-fledged banks with a banking license, because a banking license is a license to print money, literally. When a bank grants a loan, do you know where the money for the loan comes from? It does not come from deposits. They are just breakers of what the bank owes you money for. The new loan is newly created by the bank and added to the money supply, and this is allowed when you have a banking license.

A banking license is a license to print money, and if we have many community banks, it is a decentralized system. They only lend locally to the local area, to local small businesses. These are productive, sustainable and non-inflationary loans. Then you get growth and prosperity, employment, job creation, stability, no inflation. But when you get a centralized system and bigger banks, they buy out the smaller banks, or you just have one central bank.

They also want to do only big business. The bigger the banks, the bigger the transactions they want to do, but the big transactions are usually asset lending where the bank creates money. People buy assets, which creates asset inflation and the asset bubble. That’s why we have them. And then you get a banking crisis because it’s always, you know, dependent on continued money creation.

CT: What is the role of blockchain here?

RW: This usually means the potential for decentralization by definition, as it is a distributed ledger. Why? Where does this expression on the distributed ledger come from? Ledger is the double-entry account, accounting, passive assets, balance sheet of a company and a bank.

The standard system is a centralized register maintained by the central bank and then the banks. Because the more banks you have, the more decentralization you already have, but a fully decentralized ledger is where everyone can verify using technology for transactions. You have this position and this check and, therefore, the responsibility. That’s why it’s an interesting tool. It gives that transparency and local accountability if used in the right way. I think, again, that’s an ideal combination of blockchains and combining it with local banking, because then you’re maximizing the service.