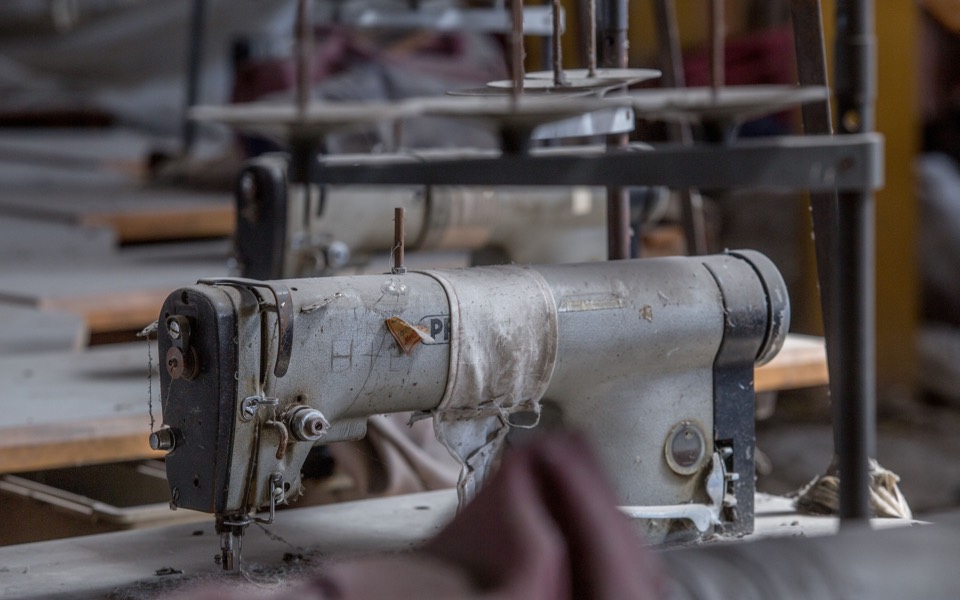 Are we done with non-performing loans?

A closed clothing factory can be seen in an archive photo. Many businesses are doomed to fail even if they have entered into a settlement plan for their bad loans because they do not have access to banks. [AMNA]

When you inject nearly 43 billion euros into the economy through government-backed support programs that account for 25% of gross domestic product, and your GDP ends up making up for its 13.4% losses in the third quarter, well, that’s not a serious reason to get upset.

It is positive that the economy has almost returned to what it was in 2019, but this is due to the 43 billion euros injected, the increase in private and public consumption and the construction of new housing, with a parallel jump in the external balance of payments: The economic model has not changed and, with a few exceptions, our exports remain limited, low-tech and / or expensive. Each jump in the GDP is accompanied by a jump in the external deficit, which shows the low total productivity of the country.

Some celebrations, even excessive ones, on the part of the government would not be a problem if they did not mask inactions that could undermine the course of the economy. Among them, virtual reality in the management of bad debts.

Bad debts which have been discharged by the banking system via securitizations, as well as those which will be discharged in the future in the same way, are estimated at around 100 billion euros. These loans would have been transferred to special funds to reduce them, to separate the wheat from the chaff, to help those who really want a fresh start and, on the other hand, to shut down zombie businesses, to prevent taxpayers and depositors to lose money, to consolidate the markets.

And what happened? In reality, nothing. It is as if bad debts disappear the moment they are transferred to funds. Or as if suddenly there was money to be spent.

This effort to get out of the rut could well spell the death knell for some companies. Even in the best of circumstances, some companies’ efforts to recover are almost doomed. Many companies are held hostage because, although they have entered into some sort of agreement on their loan, they are denied all access to banking services. The guidelines of the Single Supervisory Mechanism (SSM) prevent banks from financing them, but without new loans, these companies will not be able to stand up for the long term.

It would make more sense to find a bad debt arrangement, test whether companies can / want to honor their obligations, establish whether their shareholders are willing to pay out of pocket and then reestablish their relationship with the banking system. None of this is done.

This is one side of the rut. The other is zombie companies and bad payers. Not only do they resist any debt consolidation, but many of them have become more rigid, having received state aid with (non) repayable advances, money for rent, electricity, ‘water, telephone, etc., with taxpayers’ money, as part of the state support plan. for the economy. Pressure can be exerted on them either by selling the assets of their business or by selling the business itself to new owners.

The tool for exerting such pressure is well known and is called lockdowns, but lockdowns are something no government wants to hear in a pre-election time like the one we are experiencing now.

And what happens after the lockdown? Well, if the gap between forecasted and actual bad debt income continues to widen for the funds that bought them, the next victim may be the 22 billion euros in state guarantees from the protection scheme. of Hercules assets.

How to refinance a business loan in 5 steps – Forbes Advisor